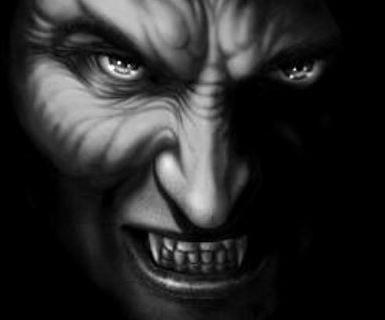 Abhartach, depending on the version, was a dwarf tyrant who was cruel to his subjects. It was said he was a powerful magician, and reigned until the chief of a neighboring tribe – possibly Fionn Mac Cumhail – slayed him. He was buried in a standing position, but he rose from the grave the next day, more vicious than ever. (In some versions of the tale, he drank his victims blood.) Once again, the neighboring chief slayed him and buried him in a standing position. The next evening Abhartach rose again, terrorizing the villagers. Unable to keep Abhartach subdued, the neighboring Chief consulted a Druid. According to legend, the Chief slayed Abhartach a third time, however buried him upside down to subdue his magic. This constrained Abhartach from rising again.

In other versions, Abhartach was killed with a sword made of yew, then he was buried upside down, a large stone over the grave and surrounded by thorns.